What is your Money Origin Story?

Have you ever wondered where your relationship with money comes from?

Why do you have certain money beliefs that are different to other people’s?

Your money beliefs can be traced back to what I call your “Money Origin Story”.

Everyone has one, but everyone’s story is unique.

For example, maybe your parents never spoke about money openly in the house. It was viewed as rude or taboo. Therefore, as an adult, you find it very difficult to open up and talk about money with your partner or friends.

Perhaps your parents lost the family home due to bad financial management in your childhood, and now you have a fear of homeownership and large amounts of debt.

Or maybe as a family you grew up fairly poor, and even though you are financially successful as an adult, you can’t shake that scarcity mindset from your past.

People tend to either mirror the behaviours they witnessed growing up, or behave in the opposite way.

The biggest challenge is that these money beliefs have a tendency to cement themselves within us. They become part of our identity, ingrained in our DNA. The roots run deep.

Therefore, trying to change or alter these deeply held beliefs towards money becomes extremely difficult, although not impossible.

This week, I wanted to share with you 3 different Money Origin stories, and how money psychology can hold us back from living our best life.

This was one of my deeply held money beliefs.

Throughout my life, I saw my family and friends do whatever it took to get themselves on the property ladder.

From my point of view, it looked like an endless money pit, something I wanted to avoid at all costs.

This belief for me started when I was a teenager and continued to be reinforced by things I saw around me as a young adult. It evolved over time, until it become the truth.

Homeownership = Bad idea and a total waste of money

That belief stayed with me for many, many years. I thought owning a home was dumb, expensive, and wasteful. The tragic thing is that this narrow view had prevented me from even contemplating the idea of owning a home, and the potential beautiful experiences that could come with that decision.

After having more frank conversations with friends, as well as, reading a few articles where authors described the beauty of homeownership, I started to question my beliefs. I saw cracks in my logic.

Owning a home can be a great way to build memories with your family. Many people dream of giving their family a stable home to return to every day. It can be empowering when you buy your first house. Many of my friends also sighted the joy of being able to design their home to their taste, put a personal spin on it, without having to get permission from a landlord. Others noted that through a good financial plan, they were able to pay off their mortgage in full in under 15 years. For many, home ownership has resulted in financial gain. Unlike my belief, it wasn’t all doom and gloom.

I started to think, “Is owning a home actually a financial black hole? There seems to be other approaches that are different to what I have seen in my life. Could I be wrong?”

After spending time questioning my beliefs on homeownership, I learned that my version wasn’t necessarily true. It wasn’t completely factual. It was flawed.

Homeownership can be a financial black hole if you let it, but it doesn’t need to be.

This may sound obvious to some readers, but that illustrates how deeply I held this money belief. By listening to the other people’s positive experience towards homeownership, I began to look at it from a different view point; one I had previously ignored.

Fast forward to today, I’m still a renter by choice. It fits my current lifestyle. But I am happy that I am no longer trapped in this “rent forever” mindset any more.

If I didn’t allow myself to hear other people’s opinions on homeownership, I would be stuck with only one narrow view towards housing. And in turn, putting limitations on the way I designed my own life.

I was listening to a podcast recently, and I heard this phrase a few times by their guest:

To give you context to this quote, the podcast guest was on there, with his wife, to discuss money and how it was negatively affecting their relationship.

The host asked the couple to describe how they approached their weekly grocery shopping.

The wife went on to describe how her husband would spend hours every weekend comparing the price of oranges (and many other items) on Whole Foods versus the price on Ocado.

The host followed up by asking, “Out of curiosity, what is your current net worth?”

Now, this may seem absurd to you. It did to me initially, but stick with it.

This is another illustration of how deep these money beliefs are embedded in us. When the host started to ask questions about money growing up, you started to learn about his Money Origin Story.

He came from a poor upbringing. His parents immigrated to the US when he was young. Money was always tight in their house. They had to be careful with every penny. His parents instilled in him early on that “money doesn’t grow on trees”, “you can always find a better deal”, “look at everything we have sacrificed for you, don’t be wasteful with money.”

Even though he had become a very successful software engineer (and his wife was also successful in her own right), he still held on to these money beliefs from childhood. It was clear he had progressed several levels in terms of wealth, but his money mindset was being held captive in the past.

The price of oranges had a much deeper meaning to him. It was less about the actual cost of the oranges. He was practising the frugal behaviour that was necessary to survive growing up. Plus, he felt as though he was being disrespectful towards the sacrifices made by his parents if he wasn’t scrutinizing every dollar spent.

He was trapped by a money belief that may have served him and his family in the past, but was no longer serving him in the present. It was negatively affecting his relationship and his quality of life.

What he didn’t notice was what he was giving up by spending hours comparing the price of oranges. He ignored the quality time he was missing with his wife.

Both were extremely busy with work during the week, and instead of spending their free time sipping wine together in the sun, he was on his laptop agonizing over the price of oranges.

These beliefs were so deeply connected to his identity and his experiences in childhood, he wasn’t able to let them go or evolve them to fit his current lifestyle.

“The only reason I am able to save money, is because I live like a student”

A few months ago, I had lunch with a friend. We started to talk about our finances.

They told me that they earned a salary of around £3,500 a month after tax but only spent £1,200 per month. That meant that they were saving over £2,000 a month for the past several years.

Wow! Impressive. That is amazing, right?

Well, it depends on how you look at it. I asked them how they were able to have such a great savings rate in an expensive city like London.

Their strategy was simple, they lived like students for the past decade since graduation. They never changed their lifestyle.

Can you remember those university days?

In university it’s important to keep costs down. You need to be mindful of how you spend your limited cash. Especially if you are not working or only have a low paying part-time job.

This type of minimalism served my friend extremely well during university. It was necessary, even crucial.

Since then, my friend graduated, worked in the city for several years, built a career, and got several promotions earning them good money. Yet still lived like a student.

I asked my friend at what point would they stop living like students? What was this magical number that would allow them to enjoy their money?

The opportunity cost of staying in this scarcity mindset is huge. They will never to be able to fully enjoy their money. Regardless of how much they have in the bank.

It’s hard to break our money behaviours, especially for my friend. In some ways, their behaviours had rewarded them in the past. It allowed them to save a huge house deposit and buy their first home.

But even after buying a house they still continued to live like a student, pinch every penny, and focus on reducing spending.

In other words, their behaviour was limiting towards themselves. As a couple, they wanted to go out to more dinners, travel more, but their fear of spending had become ingrained in them and held them back from living their rich life.

Sometimes our behaviours are necessary, but it’s important to acknowledge when they no longer serve us.

We grow and evolve as people, it’s part of the journey of life. We are also allowed to evolve our money beliefs as our circumstances change.

It’s not only allowed, it’s necessary to live your rich life.

Do you have any money beliefs that are holding you back or hurting you?

There are a few things you can do to explore your Money Origin Story.

First, it helps to spend time reflecting on your feelings towards money. Ask yourself open-ended questions.

“Where did these beliefs come from? Is there an experience I can remember that shaped them? How was the topic of money handled growing up in my house?”

Second, you might want to ask yourself if these beliefs are even true in the first place? Do you still agree with them or not? Or have they served you well in the past, but no longer do.

Finally, it can help to open up and talk to someone else instead of having these thoughts and feelings rumbling around in your head. A friend, a partner, a coach, a trusted colleague, or a therapist.

The beauty of these money beliefs is that we have the power to change them. Evolve them. Alter them. It’s not easy, but our quality of life depends on it.

Our favourite way to save more money is to automate the process. Moneybox allows you to connect your bank account to the app and round up your purchase to the nearest pound. For example, if your morning coffee costs £2.75, Moneybox will round up that purchase to £3 and automatically put the extra £0.25p in a savings account. Extra savings on autopilot ❤️

Your Money Or Your Life - Vicki Robin

We have read this book before, but it’s been ages. We are now revisiting it. The newsletter topic this week has promoted us to read this book again. 9 steps to transforming your relationship with money. Powerful stuff!

A personal finance meet up that is super causal, friendly and welcoming for all.

Don’t drink or doing dry Feb? No problem - everyone is welcome!

Keep your eyes open for the date. We would love to see you there. 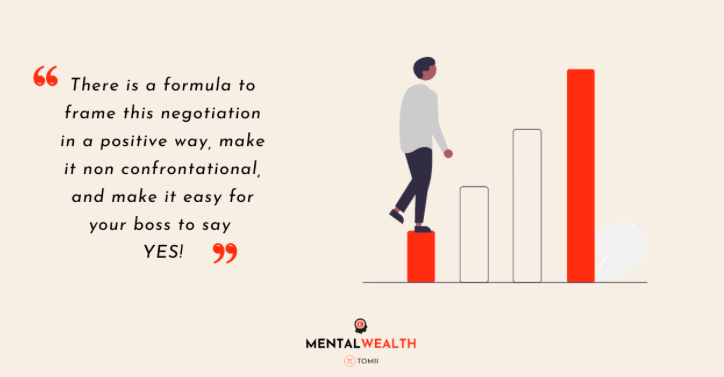 A Guide To Negotiating A Raise Where Everybody Wins! 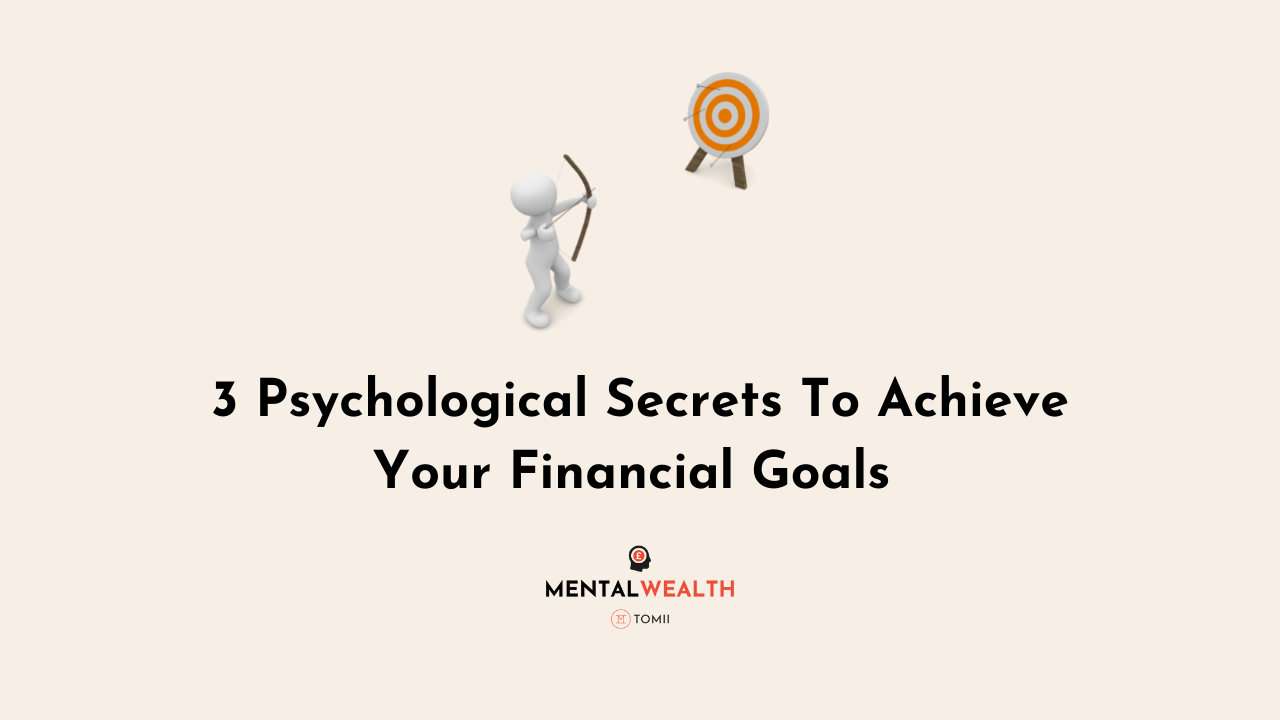 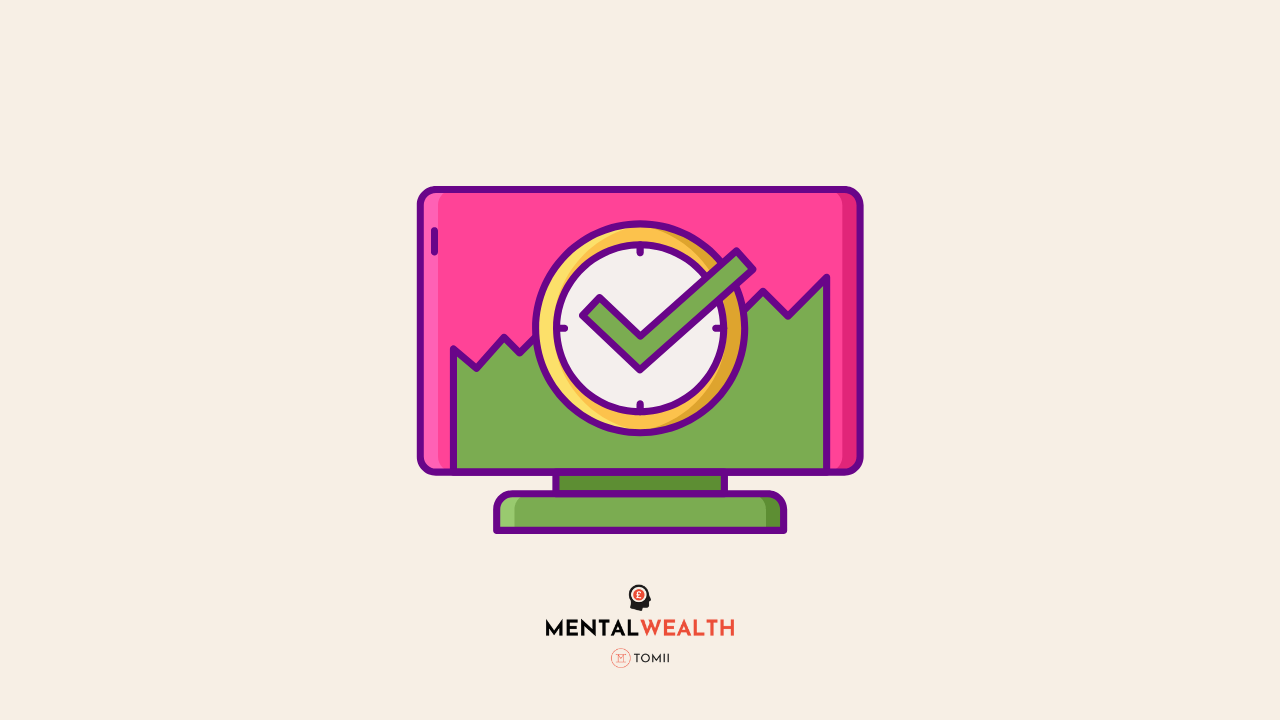 How Do I Know When To Start Investing?

We use cookies to improve your experience on our site.