How the Buy Now, Pay Later boom is putting consumers in debt

We are living in an "I want it now" consumer culture and there is no better example of this than the explosion of the Buy Now, Pay Later (BNPL) movement.

Buy Now, Pay Later is an alternative form of credit that is pitched as the healthier version of the credit card by leading companies such as Klarna, Clearpay and Laybuy.

A BNPL company like Klarna will cover your bill at checkout, and you will basically owe Klarna for the purchase later down the line.

Rather than paying the full amount upfront, BNPL allows you to spread the cost into smaller amounts over a short period of time, usually weeks or months.

For example, if your purchase costs £200, you might pay £50 at checkout. The three remaining £50 payments would each be billed to your debit or credit card every two weeks until you’ve paid the full £200.

In a nutshell, it's a short-term loan.

If you make a purchase on any major online retailer in the U.K you will most likely be given a BNPL checkout option.

The boom in this type of credit is attracting a lot of attention. Digital banks such as Monzo and Revolut are testing a new BNPL feature, as well as established players like Barclays and Amazon.

It’s pretty easy to understand why BNPL has generated so much traction from consumers and retailers alike.

Consumers love it because they can avoid having to wait until payday to buy new clothes or other consumer goods.

Retailers love it because it encourages people to spend more money on their site.

Klarna boasts that they increase the amount customers spend by 45% on each order.

Although the BNPL companies are advertising themselves as a safe alternative to predatory lenders and credit card companies, this new disguised form of credit is also attracting a fair share of critics.

There is growing concern that this type of financing will encourage young and vulnerable consumers to live beyond their means, spend more than they can afford, especially due to the lack of strong credit checks by BNPL companies.

What this new form of lending can do is lull consumers into a false sense of security, that they can afford these small repayments over time, when if fact they can’t.

Many consumers are landing in the same spot they did with credit cards, in debt. They simply took a different route to get there.

There is strong data to support this claim.

According to the Financial Times, 33% of millennials who use BNPL have been charged a late payment fee.

The Centre for Financial Capability, a charity, found that almost a quarter of UK adults who had used BNPL services had failed to pay on time, rising to 35% for people aged between 18 and 34.

One UK bank reported 10% of users who made BNPL payments overdrew their checking accounts in the same month.

It’s not only happening in the UK, but internationally too. In Australia, 15% of BNPL users had to take out a loan to pay off their BNPL purchases.

Since the BNPL industry is fairly new compared to more traditional types of financing, there is still little regulation by authorities such as the Financial Conduct Authority (FCA), in the UK.

Although this is starting to change, BNPL companies are often approving people for these repayment options with little to no oversight by regulators.

This payment method is targeted toward those who do not have a strong handle on their finances. Loans are nearly instant, with a light check on a consumer’s credit history.

Also, the consumers are not really reading the fine print in the T&C’s.

Let’s be real, who actually does?

Since the market is unregulated, often times you can be approved for multiple BNPL accounts without a proper credit check. It that scenario, it can be easy to lose track of your outstanding payments.

The government, activists, and some of the public are beginning to call for action and more refined regulation on BNPL companies.

Regulators want BNPL companies to make it super clear that consumers are taking on credit as opposed to burying this messaging in the small print.

If BNPL companies cannot avoid putting consumers in harms way, they can expect a lot more of these type of regulations in the future.

There seems to be a love-hate type of relationship developing between consumers and the BNPL companies. A euphoric dopamine charged high at the point of purchase, followed by a crash down to financial reality when payments come due.

This type of lending can leave people in the same vulnerable position as a credit card. An individual from Atlanta, interviewed by the Guardian, said:

"Emotionally, when I get the package, I’m pretty happy. Then it gets really stressful because you forget about the purchases. They come back at you. Once it’s payday, you’re again broke because you just feel like you don’t have any money … It’s not healthy."

This type of lending doesn’t really encourage you to budget or be more financially responsible, it lends itself to the "I want it now" type of mentality.

I have my own personal experience dealing with BNPL leader Klarna.

During the pandemic, my wife and I bought a Peloton bike. We had the option of paying for it in full, or making small monthly payments over a 3-year term.

We opted to make the monthly payments, since we were being charged £0 interest over the 3 years and there was no penalty if we decided to clear the balance. The cost was the same in the end.

So far it’s been a good experience for us. However, we knew we were in a position to buy the bike outright if we needed to, and we were able to comfortably make the monthly repayments.

The danger here is that people go out and buy 3-4 expensive items via BNPL which they can’t really afford. Suddenly, they have multiple monthly payments the size of a car loan.

It’s hard for us to view BNPL as anything other than a loan with a bit of makeup. The BNPL companies are helping retailers profit off our consumer driven culture by making it easier to spend beyond our means.

To an extent people do need to take responsibility for their spending behaviours. However, there are large pockets of the population who are struggling with rising prices, stagnating wages, and an unsophisticated handle on their finances.

This type of payment scheme does target a certain demographic of consumer. Those who might have left a store thinking, "I can’t really afford this right now", are able to justify the purchase due to the smaller repayments spaced out over time.

A "buy now, deal with the consequences later" type of mentality.

In that sense, there is no real difference to a credit card. Sure, the interest rates and late fees are not nearly as criminal, but it does encourage instant gratification and poor financial management for a percentage of BNPL users.

I have no doubt that BNPL companies like Klarna are doing wonders for retailer's bottom line, but what harm are they doing to vulnerable consumers?

As with any loan, before you Buy Now, Pay Later, make sure you can afford to pay later!

The National Study Of Millionaires

This is the largest study ever done on millionaires. It gives you fascinating insight into the habits and behaviours that got people to this financial milestone. It also debunks most peoples assumptions that most millionaires are born into money or have extremely high paying jobs. Wrong!

What We're Listening to 🎧

"Who Do You Want Controlling Your Food" - The Daily

A podcast episode on the rising cost of beef in America. It’s a deep dive and a look back into the system of consolidation (large companies buying small companies), and how they now control the whole supply chain. This in turn has had big impacts on jobs and the price of food for consumers.

"If you live for having it all, what you have is never enough." - Vicki Robin 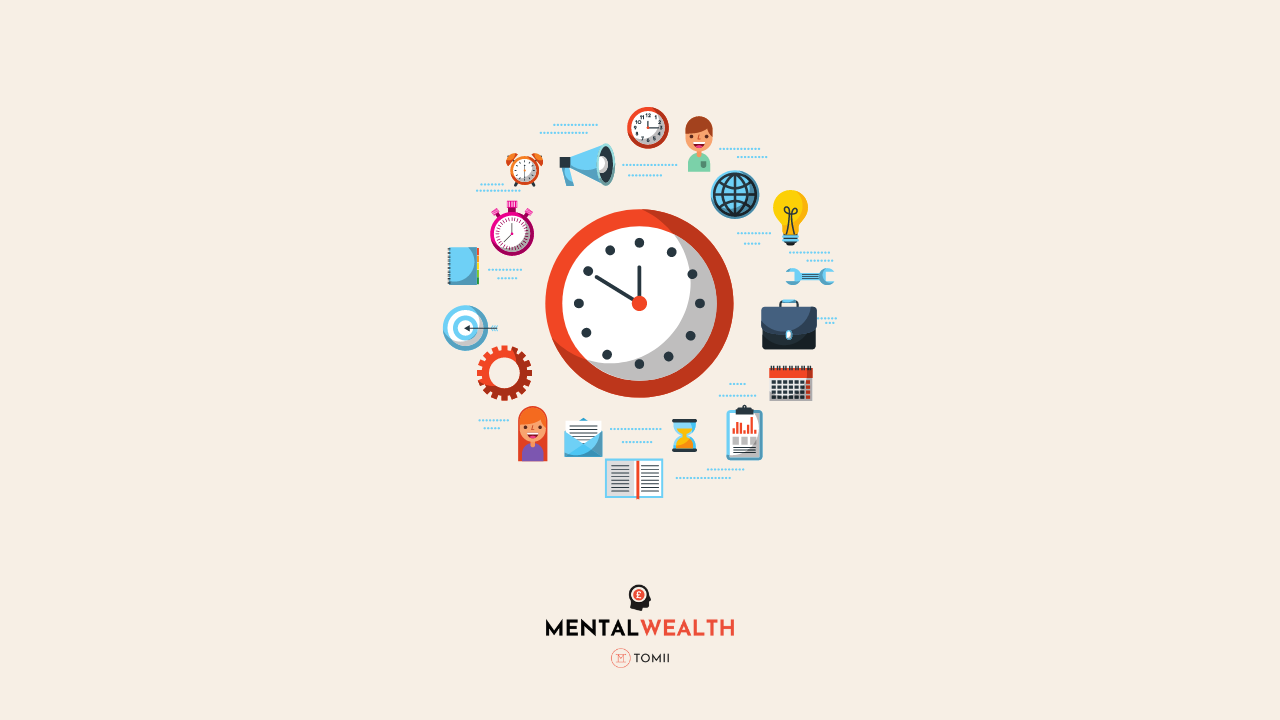 How to use money to buy your time back! 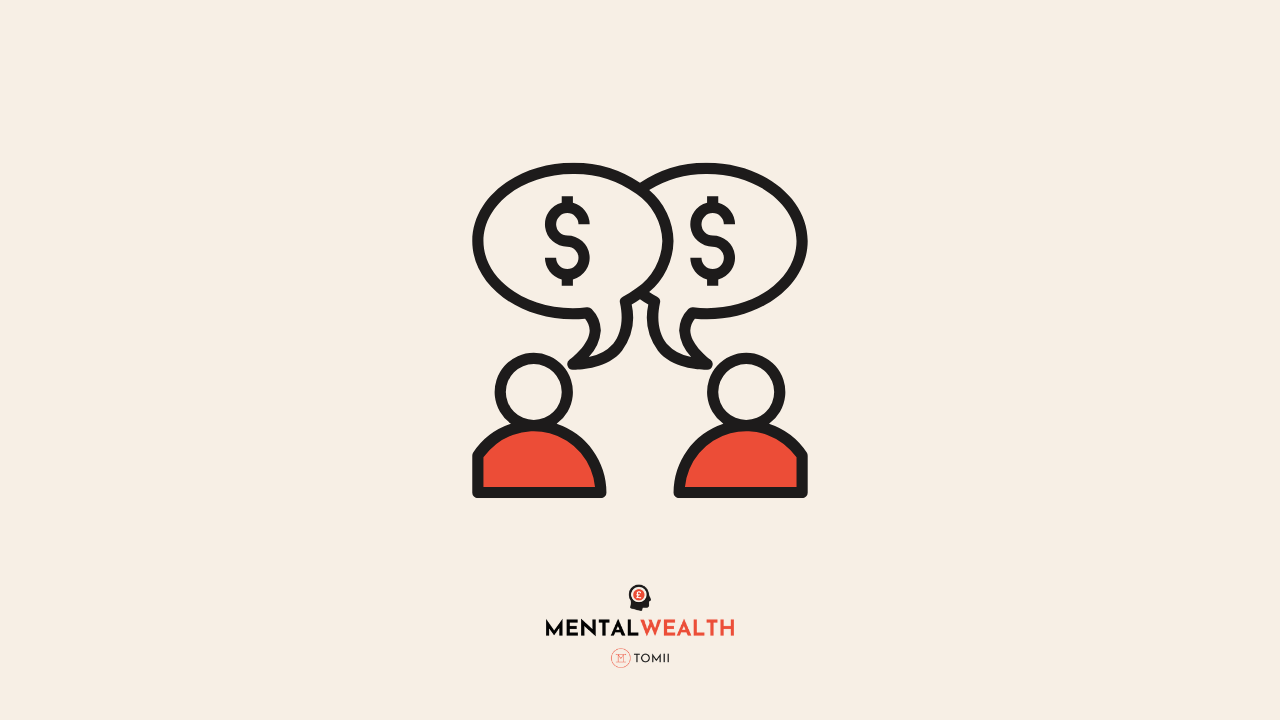 How My Wife And I Talk About Money 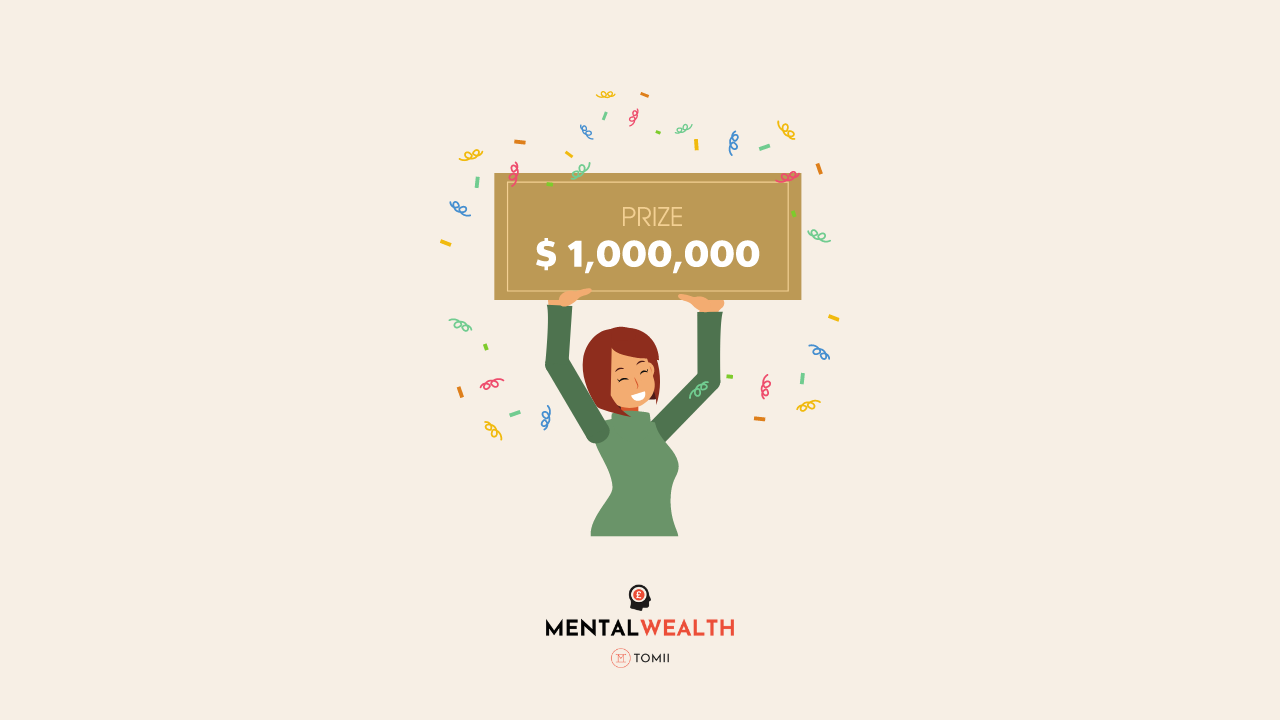 We use cookies to improve your experience on our site.